Global investment in financial technology (Fintech) ventures galloped to over USD $19 billion in 2015,  clearly signifying that the digital revolution has arrived in the financial services sector.  Or has it?   In the recent 2016 Yell Financial Services Marketing Survey, almost 70% of respondents drawn from a broad cross section of the financial services industry believe that their segment of financial services is not threatened by Fintech firms.  Even marquee fintech moments such as Richard Branson’s backing of TransferWise’s $US58m funding on a rumoured valuation of almost $US1bn have barely caused a ripple in the same way arch disruptors and purveyors of slick user experiences like Uber have done in other industries.

Zhong An, an innovative online only insurance company from China tops KMPG’s list of Fintech disruptors.  With a $8Bn valuation and backing from Alibaba, Zhong An is not alone, China fintech leads the world, with 7 of the biggest emerging fintech companies emerging, including Lufax, a peer to peer lending platform that is setting the standards for risk rating and transparency.   Further afield, more extreme examples of disruption to conventional financial services abound in sub-saharan Africa, where as much as 41% of all GDP is transacted via mobile wallets provided by telecomms firms, resulting in banking groups having to scramble to retain relevance in an environment where consumers legitimately ask the question, why do I need a bank?  What the likes of M-Pesa, Zhong An and Lufax have gotten right is proactively connecting with human needs and behaviours, the definitive foundation of user experience or UX.

Fintech examples close to home include XTBs, a product that provides easy access to corporate bonds and fixed income investment, alternative exchange markets such as Chi-X that reduce the cost of trading and improve retail access to other previously difficult to access investment products and Registry Direct, which removes much of the pain from managing share registry. These innovations are all dependent on good digital user experience, enabling consumers to more easily achieve investment and business goals.

User experience is not just about user interaction with an interface, or about the application of usability principles – these are merely components.   It’s about a process of design thinking that starts with empathy for user needs. Empathy is where good Fintech departs from conventional financial services –  where the offering is empathy led rather than product led.  Beyond empathy, a robust process to define the problem and then aggressively iterate (failing fast, failing often, then adjusting rapidly) ensues until a product that is fundamentally different and better than what was originally envisaged is a reality.

That said, the overall scale of disruption to conventional financial services by Fintech in western markets is at best modest, in part due to the both the strength of institutions, regulatory frameworks and in some cases the funding of Fintech by incumbents themselves.  What Fintech has done in western markets rather than disrupt, is become an enabler, and to its credit become an an accelerator of better experiences for customers carving out niches within existing frameworks.  Responsive design and the offering of products to consumers who are on the go is an essential starting point, but we’re a long way off true disruption in established western financial services markets.

A notable exception exists in the form of Sofi, which has done enough to make America’s biggest banks nervous by offering the biggest loans (e.g. lending youthful customers $975,000 to buy a $1m house) at rates below the discounted rates offered by government schemes.  Their design thinking approach prioritises the study of human behavioural trends over conventional credit scoring by targeting graduates from America’s Ivy League universities, who, its founders algorithmically reasoned, are less likely to skimp on their debts.   This common sense approach worked, resulting in rapid growth and customer acquisition.

Mike Cagney, founder of Sofi looks to have grown impatient with the pace of change in western markets and summed up the apparent lack of disruption saying, “the problem with fintech is that it’s not ambitious enough in terms of its objectives. It’s not really transforming anything.  I want people to rethink how banking should work. I want it to be completely different, not a small derivative off of banking, but a completely different perspective on how that relationship should function” – a classic UX approach.

Here’s a six-point plan for transforming your user experience and ensuring that you are doing the disrupting rather than being the disrupted: 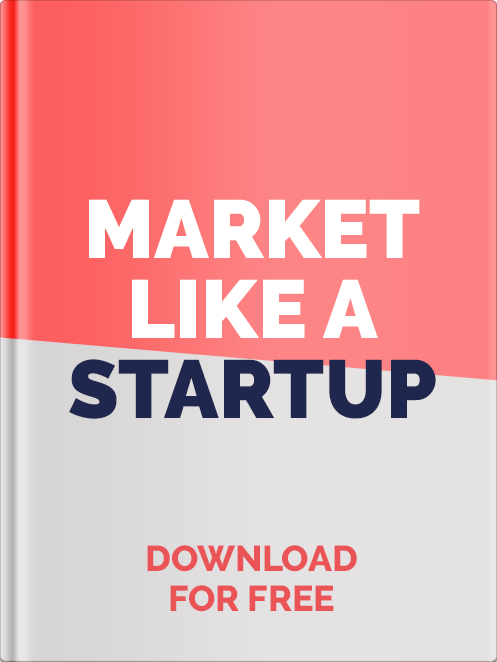 Download our short eBook to find out how financial start-ups are building awareness, gaining customers and disrupting industries way beyond their meagre marketing budgets and how you can do it too.